What is shuttle racking, and how is it used in materials handling? 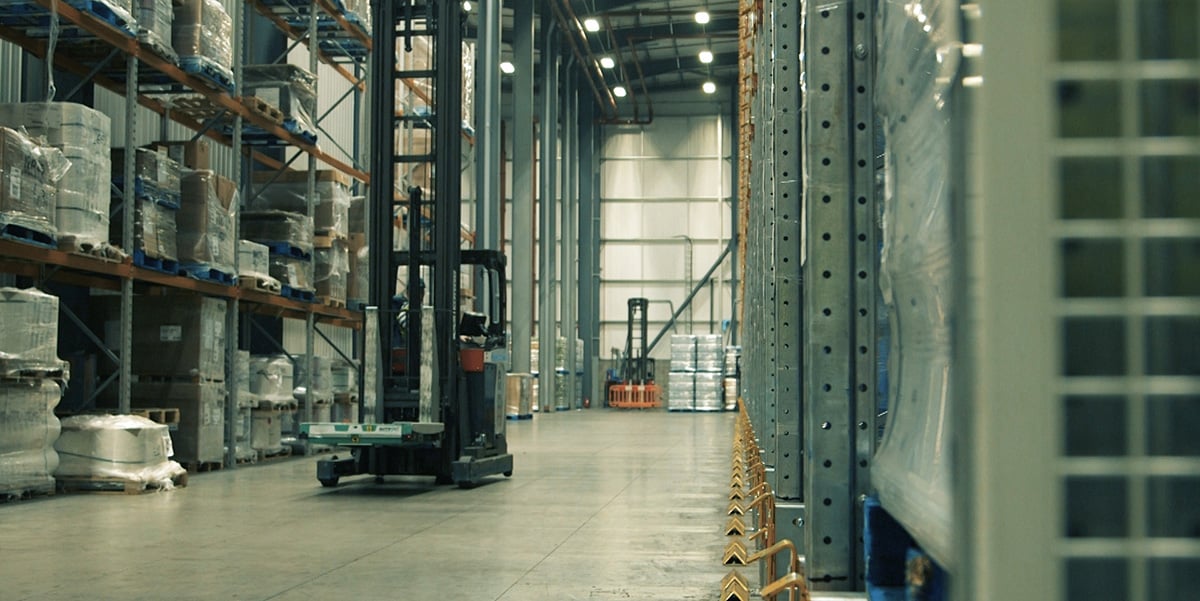 Shuttle racking certainly isn't the cheapest storage system available, but if you want to maximise the capacity of a warehouse, it's a fantastic option.

In shuttle racking systems, pallets are moved within the racks by a robotic shuttle, a kind of sled which runs on tracks just underneath the beams that the pallets sit on. An ordinary, manually-operated forklift places the shuttle into the rack at the desired height and pallet position, and the load to be put away is placed on the shuttle.

The shuttle can then move itself further into the rack to the desired position, where it drops off the pallet and returns to the end of the rack, to be moved elsewhere. This system of operation means that shuttle racking allows for very high storage density - in operations that use shuttle racking, racks are often four or five pallets deep or more.

Like with other dense storage systems, shuttle racking can decrease selectivity - in other words, it can mean it takes longer to get the pallet you want, especially if it's in the centre of a densely-packed rack surrounded by other pallets. However, since the robotic shuttle takes care of actually placing the pallet, handling times for the manual trucks are reduced, meaníng better operator efficiency.

Shuttle racking is a perfect solution for a business like UniCarriers customer Britvic, a major soft drinks producer based in the UK. When the company recently decided to construct a new high-bay warehouse, shuttle racking was an obvious choice for maximising the available space and keeping operator efficiency as high as possible.

Watch the video above to find out about how Britvic's materials handling solution is working from them - maybe it'll provide inspiration for your own logistics projects. And if you want to get to know more about how shuttle racking matches up with other high-density systems, click below to get our storage guide. Just fill in the short form on the next page and it's yours to keep.